Welcome to the Salvatorians 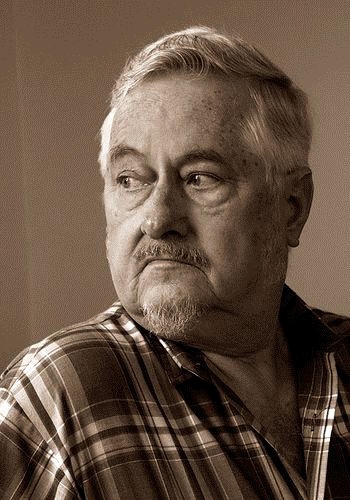 “Eternal rest grant unto him, O Lord, and let
your perpetual light shine upon him. Amen.”

Brother James Leo Rieden was born in Fond du Lac, Wisconsin, on December 6, 1935. He was the son of Leo and Isabel (nee Timm) Rieden. The family made their home in Appleton. While a student at St. Therese's Parish Grade School, Jim learned about the vocation of the Brother, and felt that it would be a perfect fit for him. His pastor acquainted him with the Salvatorian Brothers in nearby St. Nazianz, and after visiting the community there, Jim applied to become a member of the Society. He entered the Novitiate in 1951 in Menominee, Michigan, and made his profession of vows there on March 19, 1952, at the age of 16. Bro. Jim's class was among the last that were permitted to make their profession at that age. He remained in Menominee another four years, working on the community farm. In 1956 he moved to St. Nazianz, Wisconsin, where he worked on the farm for two years. But Bro. Jim felt that his real calling was to be a missionary. From 1958 to 1959, Bro. Jim lived and studied in Milwaukee, where he passed his high school equivalency exam in the Spring. He then moved to the Salvatorian Mission House in Elkton, Maryland, to prepare for work in the missions in Africa, and by the end of the year, he was in Lupaso, Tanganyika (now Tanzania) learning Swahili. For the next thirteen years, he ministered in the African missions, building numerous structures for the various mission stations, and helping to establish parish councils and other church organizations.

In 1972, Bro. Jim returned to the United States, and he became a "house parent" at the Carmelite Home for Boys in Wauwatosa, Wisconsin. An avid amateur artist and photographer for many years, he took photography and art classes in Milwaukee and then in Minneapolis, Minnesota, for two years. He returned to Milwaukee and worked in an art-related store until 1984. But another kind of ministry seemed to be calling to him. He enrolled in Gallaudet College in Washington, DC, and learned sign language. From 1985 to 2003, he was house Bro. Jim with the residents of Aspen House manager at Aspen House, a National Children's Center home for people who are both deaf and mentally handicapped. On the very last day of 2003, Bro. Jim retired. In the next couple years he kept busy with numerous art projects and cultivating bonsai trees; he was a respected volunteer at the Bonsai Exhibition in the National Arboretum. But retirement turned out to be a short-lived experience for him.

In 2007, the Superior General personally asked Bro. Jim if he would be willing to serve as a "wisdom figure" for the Salvatorian students in the Philippines and help them in their English studies. Bro. Jim agreed to stay for a year. He stayed two. He returned to the Bishopp Drive community in Silver Spring, Maryland, in 2009, and within a few short months, he was diagnosed with melanoma (skin cancer). Treatments began but pain was always present. Nothing seemed to really help. Only a few days before his death, Bro. Jim moved into the hospice program at Alexian Village in Milwaukee, Wisconsin, where he died, surrounded by family and community members, on September 2, 2010, at the age of 74.

Quiet, compassionate, kind, intelligent, understanding, a good listener, a good religious - these are the ways people describe Bro. Jim. He was loved, respected, and admired by many people outside the community as well as within. He was preceded in death by his parents, Leo and Isabel. He is survived by three sisters, Lorie Rieden of Milwaukee, Ann Cross of Appleton, and Judith Gebraski of Chicago, Illinois; a brother, Paul Rieden of Neenah; and his many brothers and sisters in the Salvatorian Family. Bro. Jim returned to his baptismal name when he came back to the USA from Africa, but for many years he was known by his religious name "Aurelius."

so that it will be even